Day and night, Darlinghurst is full of entertainment. Start the day in this colourful Inner Sydney suburb by enjoying brunch at a trendy cafe and browsing the boutiques along Oxford Street. Once the sun goes down, discover an eclectic bar scene, delicious restaurants, lively theatre and energetic dance floors.

A suburb steeped in history, Darlinghurst traditionally hosts the famous Sydney Gay and Lesbian Mardi Gras, usually held in March on Oxford Street. Since beginning as a civil rights march in 1978, the Mardi Gras has become one of Sydney’s biggest and brightest events. Oxford Street is also the heart of Sydney’s LGBTQI nightlife, and where you’ll find legendary clubs Universal Sydney and Stonewall Hotel.

Whatever your persuasion, you’ll discover that Oxford Street makes for a great night out. Oxford Art Factory is known as an edgy live music venue, while the Burdekin Hotel puts on everything from techno and indie to comedy and drag nights. For something more relaxed, enjoy craft beers at Bitter Phew, and for late-night Italian fare, drinks and hip hop tunes, make your way to Big Poppa’s.

The Griffin Theatre Co has its headquarters at the historic SBW Stables Theatre, where Oscar winner Cate Blanchett has graced the intimate stage. The heritage-listed Eternity Playhouse, on Burton Street, is home to the Darlinghurst Theatre Company. Check out the events calendar to see what’s on.

Other fascinating attractions include the Sydney Jewish Museum, where you can take a free guided tour to explore Jewish history from Biblical to modern times. Hidden behind a sandstone wall, the former convict-built Darlinghurst Gaol houses the National Art School, which has a great gallery you can visit.

Throughout Darlinghurst, you’ll find an eclectic range of boutique shopping and speciality stores. Blue Spinach on Liverpool Street is a boutique that specialises in recycled luxury fashion, while Spunky Bruiser is a clothing brand that makes handmade fashions using sustainably sourced materials. Zink and Sons is a go-to for bespoke tailoring.

Whatever you’re craving, you’ll find something to suit along Victoria, Oxford and Stanley streets, home to a delicious range of restaurants and cafes. Some local favourites include Buffalo Dining Club, which serves pasta from a cheese wheel; Govindas for an Indian buffet and movie nights; and Wings and Tins, which as the name suggests specialises in buffalo wings and beer cans.

For Japanese cuisine with a French influence, try Gaku Robata Grill. While Chaco Ramen has some of the best ramen in town and its sister restaurant, Chaco Bar, serves yakitori in an industrial-chic setting. For dessert, you can’t go past the original Gelato Messina. The Bunker is a popular coffee spot or take your brunch up a level with caviar and truffle at The Mayflower.

Darlinghurst’s laneways are where you’ll find fabulous small bars such as speakeasy Shady Pines Saloon and Gorgeous George Bar, which serves elaborate cocktails. Intimate wine bar Love, Tilly Devine is named after an infamous Darlinghurst madam who fronted one of the area’s notorious 1920s razor gangs. Black Bottle is another great local wine bar, while The Taphouse dishes up pub grub and craft beers over three levels, including an open-air rooftop. For more views, head to Slims Rooftop at Hyde Park House. Sydney Gay and Lesbian Mardi Gras is the world's most joyous and spectacular celebration of LGBTQI pride. Craving a little bit of southern charm? Head to Darlinghurst's Shady Pines Saloon, order a whiskey on the rocks, listen to… Since its opening in 1992 the Sydney Jewish Museum has become an integral part of the cultural life of Sydney. The Museum is… Stonewall Hotel takes its name from the Stonewall Riots of 1969 and the beginning of Gay Liberation as we know it. 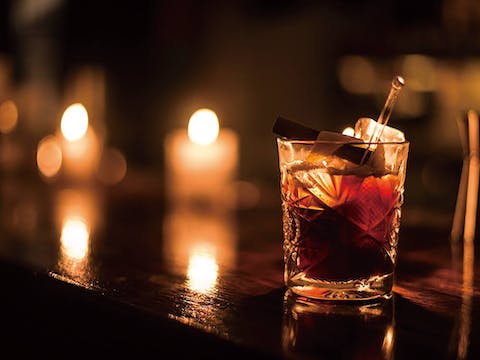