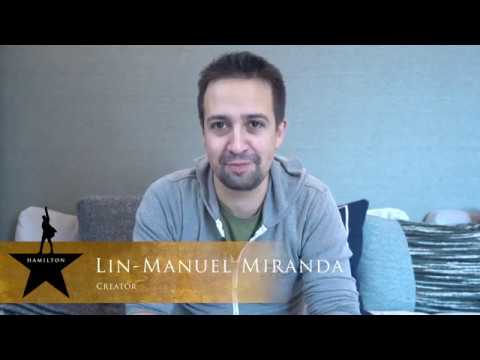 Lin-Manuel Miranda’s Tony and Olivier Award winning musical Hamilton continues to take the world by storm when it arrives in Australia in the autumn of 2021.

Hamilton is the story of America's Founding Father Alexander Hamilton, an immigrant from the West Indies who became George Washington's right-hand man during the Revolutionary War and was the new nation’s first Treasury Secretary. Featuring a score that blends hip-hop, jazz, blues, rap, R and B, and Broadway, Hamilton is the story of America then, as told by America now.

The musical was inspired by the book Alexander Hamilton, written by historian Ron Chernow.

The show was the winner of 11 Tony Awards, including Best Musical, seven Olivier Awards, the 2016 Pulitzer Prize for Drama, and the 2016 Grammy Award for Best Musical Theatre Album.