The best scuba diving in Sydney

From the biodiversity at Shelly Beach to shipwrecks off the Northern Beaches coastline, there is plenty to explore underwater in Sydney. Here is some of the best scuba diving in Sydney. 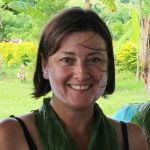 Some of the marine life encounters common to Sydney cannot be experienced quite so easily anywhere else, and many are high on divers’ bucket lists, from tiny pygmy pipefish and weedy sea dragons to giant cuttlefish, Port Jackson, wobbegong and grey nurse sharks, even the occasional sea turtle and seal.

Manly’s Shelly Beach is actually two dive sites, with the left-hand side of the bay usually referred to as Shelly, while the right-hand side, which has an additional entry point halfway along ‘The Bower’ pathway, is called Fairy Bower. Being within the sheltered confines of Cabbage Tree Bay Aquatic Reserve, they are teeming with marine life, and suitable for either a day or night dive. It is also a great place to learn how to dive.

Depending on the time of year, you’re bound to run into giant cuttlefish, Port Jackson sharks, wobbegongs, sting rays of various description, and seriously large schools of juvenile fish. You will always be accompanied by a friendly eastern blue groper – the marine symbol for New South Wales, who follow you round on your dive like a puppy.

You could dive here dozens of times and never cross the same path, yet still encounter over 160 species of fish and rays. And you never know who’s coming to visit. One week it might be a turtle, a seal or a dolphin, next week it’s dusky whaler sharks. Divers have even been lucky enough to see a large fever of cow nose rays on occasion. Follow the shoreline east from the beach around the heads and look out for weedy sea dragons in the kelp forests and look out for the motorbike on the way back.

The Apartments dive site is located off the coast of Long Reef, on Sydney’s Northern Beaches, and is so named for the formation of large rectangular boulders found here. The site is located at the edge of a rocky plateau with a drop off or wall that features many caves and swim throughs, which give small and large sea life safe areas to shelter when large predators cruise through looking for lunch.

It is one of three dive sites near Sydney where grey nurse sharks congregate. The valley is usually filled with thousands of southern pomfrets, in schools of fish so dense, they form a shadow over the dive site. The pomfrets part as you swim through, often revealing dozens of grey nurse sharks, a magnificent sight to behold.

On the far northern side at around 21m depth is the entrance to the ‘Cathedral’, a cavern formed by two enormous sandstone blocks resting against each other in the shape of a church's roof. Entering from the southern side, you swim through a cavity towards the ‘altar’ before exiting via the ‘stain glass window’.

Due to its depth, it is advisable to spend only 25min exploring the wreck, but this is plenty of time to see the whole site as it only covers an area of about 156 square metres. The engine room, cabins, crew quarters and bridge are accessible and well worth examining.

These tiny critters are much sought after by macro wildlife photographers, who travel great distances to find prize-winning underwater macro life like this, travelling to remote locations such as the Lembeh Strait in Indonesia’s North Sulawesi, or Papua New Guinea’s Milne Bay. This type of diving was coined “muck-diving” by underwater photography pioneer Bob Halstead because of the silty, drab habitat these prized critters are usually found in.

The nets around the Clifton Gardens swimming enclosure are home several species of seahorse, including the endangered White’s (or Sydney) seahorse, endemic to Sydney Harbour. The local population was boosted recently by 90 aquarium-bred juveniles and the installation of ‘Seahorse Hotels’, wire cages that provide a sheltered habitat, to prop up the population of this endangered species.

The site can be accessed from the end of the jetty which runs alongside the shark-netted swimming area, or from the beach and through the swimming area itself. Be sure to spend plenty of time exploring the net and pylons for seahorses and decorator crabs and swim out towards the buoy and the rubble of an old wreck where you’ll find blennies, pipe fish, moray eels, octopus and flying gurnards.

Bare Island is one of the prettiest dive sites in Sydney, with vibrant and diverse sponge gardens populated by lots of delicate creatures such as pygmy pipefish, nudibranchs, sea stars and seahorses.

It’s also one of the few dive sites in Sydney for reliable sightings of the curious Red Indian Fish, so named for their shape, which resembles the headdress of indigenous North Americans.

There are two dives here: Left Side which is better, but a bit tricky in even a mild Southerly swell, and Right Side, which is where you dive when there’s a bigger Southerly swell. The max depth is about 12m, but you’ll see the most interesting stuff at a 7m depth profile.

To access the site, it’s an easy 200m walk from the La Perouse carpark down and across the bridge to the island, with access to a flat rock platform a few steps down at the end of the bridge.

There are two dive sites at Kurnell: Monument and The Steps, both relatively easy dives. Monument faces north-west and is essentially a drift along the beach side. Kurnell Steps faces north-east and is more exposed to tidal flow in and out of the bay.

The Steps is sometimes referred to as ‘The Home of the Weedy Sea dragon’, as it’s usually easy to find a few weedy sea dragons here and for those with keen eyesight, several resident pygmy pipefish. As it’s a shallow dive there is plenty of light and it’s an amazingly colourful ;dive.

Depending on the tide, head east or west. East will take you past kelp (and a plethora of weedy sea dragons) while the west takes you past a large stand of kelp, over a collection of boulders and a number of nice swim-throughs and diversity of aquatic life. Eventually, the wall becomes steeper and more defined as you move towards the boundaries of the ‘Monument’ dive site.

Access from the carpark is down a winding staircase about 15m, to the entry point on a flat rock platform.

See Sydney in style after the SailGP

The 10 best escape rooms in Sydney