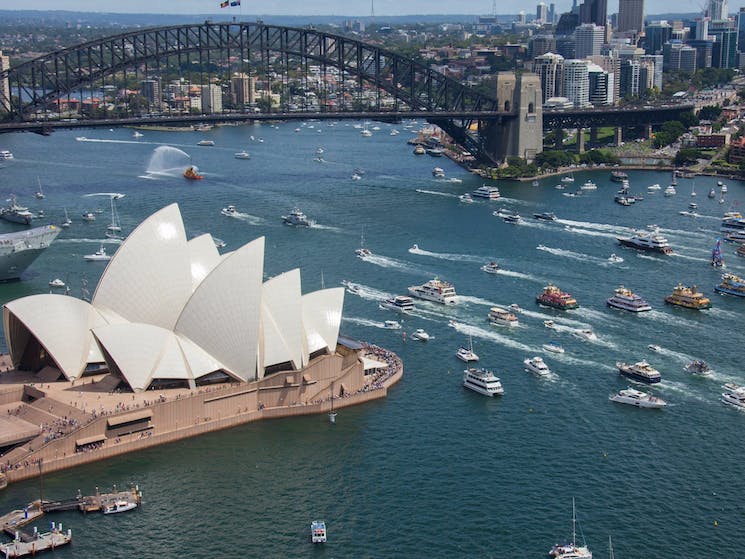 Sydney's face is recognised around the world by its three major icons - spectacular Sydney Harbour, Sydney Harbour Bridge and the World Heritage-listed Sydney Opera House. Admire the city's natural beauty on a ferry ride or explore the harbour and its hidden coves on a yacht or cruise.

Some of the world's best restaurants are also here, many with breathtaking views over the harbour.

Sydney is a great city for shopping with a range of top-brand boutiques, sophisticated stores and international designers. The Queen Victoria Building is a grand building dating back to the 1890s and today, one of the city's premier shopping destinations.

For a bird's-eye view of Sydney, head to the summit of Sydney Tower Eye or to the top of Sydney Harbour Bridge on a BridgeClimb. From here, you'll enjoy views stretching across the city centre, out to the Pacific Ocean and west to the Blue Mountains.