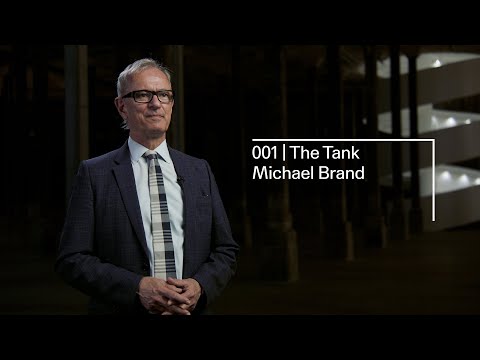 The inaugural exhibition in the Tank, Villar Rojas takes a unique opportunity to dramatise and radicalise the experience of this former wartime oil bunker that few have seen before. Set in extreme…

The inaugural exhibition in the Tank, Villar Rojas takes a unique opportunity to dramatise and radicalise the experience of this former wartime oil bunker that few have seen before. Set in extreme darkness where limits are not known, a host of moving lights operate as sentient beings. Among the shadows, this collective artificial gaze uncovers conflicted objects in a space that was itself born of conflict.

These traumatised objects are the product of a sculptural experiment, a hypothesis impossible to test on the terrestrial plane. Using an amalgamation of software systems collectively described as the ‘Time Engine’, Villar Rojas generated a series of intensely detailed digital worlds and placed virtual sculptures within them.

Simulating conditions ranging from environmental to sociopolitical across timespans ranging from hours to millennia, the Time Engine poses unanswerable questions: What monuments might be created to commemorate the end of postcolonial struggles for independence on the Moon’s Sea of Clouds in the year 34,340? What would a sculpture that was left in the canyon of the Valles Marineris on Mars for 500 years look like? How do you model wind in 7,374,000 BCE?

In late 2021, Villar Rojas and his team ‘downloaded’ these time-travelling virtual sculptures and commenced the labour of reconstituting them physically, his aim being to bring home faithfully the trials they endured on their journeys through turbulent digital worlds.