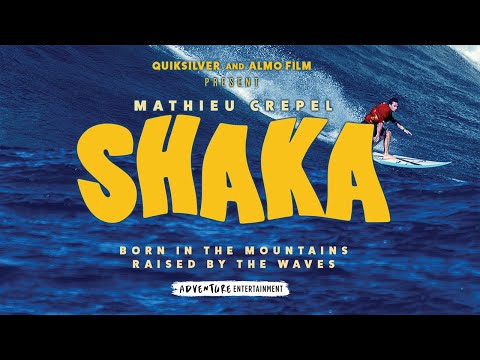 Born in the Mountains, raised by the Waves.

Showcasing breathtaking visions of mountains and waves, “Shaka” follows the multiple-times snowboarding World Champion Mathieu Crepel on his quest to surf some of the world’s most challenging breaks. Filmed at iconic locations in Hawaii, Italy, Oregon, Indonesia, and around Mathieu’s home in the Southwest of France, “Shaka” introduces you to diverse legends in the surf and snowboarding world such as Koa & Eddie Rothman, Guillaume Nery, Kepa Acero, Gerry Lopez, Victor Daviet and Nathan Fletcher.

Between oceans and mountains, here is a unique adventure. Some see it as a quest of the needless, others as a way of life. A reason to discover the world, to accomplish his dreams that sometimes turn out to be true feats... Filmed and told by his childhood friend, Mathieu challenges himself to surf the legendary wave of Jaws in Hawaii, an intimate tale with a feel-good movie note.